Have you heard music composed by Franz Doppler and his brother Carl? If not, we predict it will soon become part of your regular listening. And now, you can explore their works on Doppler Discoveries, a new recording from Farao Classics. The stellar performers are flutists András Adorján and Emmanuel Pahud, joined by pianist Jan Philip Schulze and the Arcis Hornquintett.

Franz Doppler (1821-1883) was a composer who is best known today for the music he wrote for the instrument he played and loved – the flute. His brother Carl Doppler (1825-1900) was a flute virtuoso as well and an extremely competent, if slightly less prolific, composer. They were born in Lviv but moved to Budapest while they were still students. There, they became important figures in the city’s musical life. They were among the founders of the Hungarian Philharmonic Orchestra and toured and concertized throughout Europe. Franz composed successful operas and later became a professor of flute at the Vienna Conservatory.

In the years since, history has relegated the brothers to the role of “flute composers.” And their larger and more ambitious works have been somewhat marginalized and under-performed.

But now, thanks to “Doppler Discoveries” a new CD that has just been released by Farao Classics, the music of the brothers is poised to reclaim its rightful place in the music of the nineteenth century. Part of the reason for this resurgence will be the excellence of the performances on this new disk by the flute virtuoso András Adorján and another star flutist, Emmanuel Pahud. 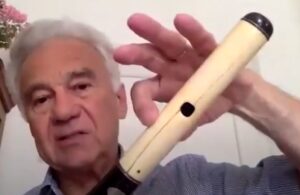 A Letter in the Files Leads to an Important Doppler Discovery

“In my life,” András Adorján tells Barry Lenson, “I have been quite occupied from time to time with these brothers.”

Then in the last four or five years, András became something of a musicologist and discovered some pieces by the brothers that had never been published. In the archives of B. Schott’s Söhne, the music publisher headquartered in Mainz, he found not only manuscripts written by the brothers, but a letter that Franz had written to the publisher and a complete manuscript of a full, three-movement sonata for flute and piano – a work that until then had been considered lost.

András Adorján has not only recorded this work, he has also edited a new print edition. “I didn’t want to keep this music to myself, so I published it,” András Adorján tells Classical Archives. “The music is charming, happy! Many times, colored by a Hungarian flavor.”

And now, thanks to this wonderful new recording, we can all discover more music that was written by these composers. 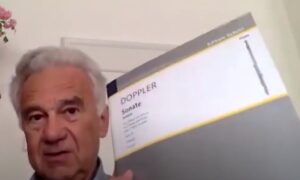 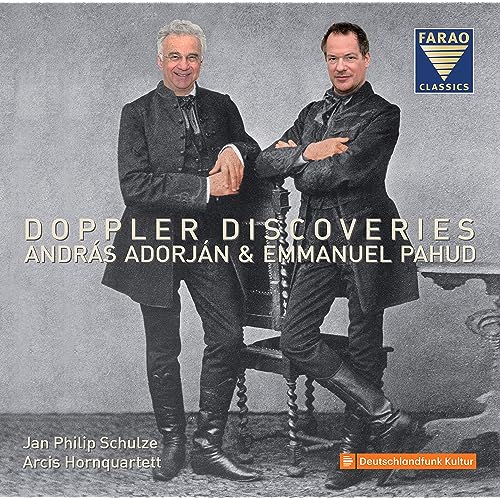 For the cover of their new CD, Farao Classics placed the heads of András Adorján (left) and Emmanuel Pahud (right) onto a historical photo of the actual Doppler brothers. Click on the cover to explore this vibrant new CD in the Classical Archives library.

One of the world’s greatest flautists, András Adorján was born in Budapest. He grew up in Copenhagen, and has lived in Munich since 1974. He first studied dentistry, obtaining his dentist’s diploma in Copenhagen in 1968. He studied flute in Budapest with Vilmos Bántai, in Copenhagen with Johan Bentzon of the Danish Radio Orchestra, and later with Erik Thomsen of the Danish Opera and completed his musical studies under Jean-Pierre Rampal (International Summer Academy in Nice) and Aurèle Nicolet at the Musikhochshule in Freiburg, Germany.

Between 1970 and 1988, Adorján’s activities included the position of principal flutist of important symphony orchestras: the Royal Stockholm Opera, the Gürzenich Orchestra of Cologne, the Southwest German Radio Symphony Orchestra of Baden-Baden, and from 1974 to 1987 the Bavarian Radio Symphony Orchestra in Munich. In 1987 he was appointed professor at the Musikhochschule in Cologne, and from 1996 to 2012, he taught at the Musikhochschule in Munich. Many of his pupils have gone on to successful careers as flutists, teachers, and conductors.

Adorján is the co-editor of the 900-page encyclopedia, Lexikon der Flöte (Lexicon of the Flute), published in 2009. He has released more than 100 records and CDs and received the 1988 Prize of the Deutsche Schallplattenkritik (German Recording Critics). His recordings include the complete flute concertos of Benda, Danzi, Devienne and C.P.E. Bach as well as Mendelssohn’s Violin Concerto (Popp transcription) and duo recordings with Jean-Pierre Rampal. His latest recordings, released by the French label Premiers Horizons, include Capriccio Danois (first recordings of Danish music for flute and piano from the beginning of the 20th century) and six concertos of Ludwig August Lebrun coupled with Haydn’s Cello Concerto in D (all Ebers transcriptions) with the Orchestre de Chambre de Paris conducted by Philippe Bernold. He also has performed and recorded with his musical family, including his wife Marianne Henkel (flute), and sons Dávid (cello) and Gabriel (violin).

French and Swiss flautist Emmanuel Pahud began studying music at the age of six. He graduated in 1990 with the 1er Prix from the Paris Conservatoire, and went on studying with Aurèle Nicolet. He won 1st Prize at the Duino, Kobe and Geneva Competitions, and at age 22 Emmanuel joined the Berliner Philharmoniker as Principal Flute under Claudio Abbado, a position which he still holds today. In addition, he enjoys an extensive international career as soloist and chamber musician.

Since 1996, Emmanuel has recorded 40 albums exclusively for EMI / Warner Classics, which all have received unanimous critical acclaim and awards, resulting in one of the most significant contributions to recorded flute music.

Emmanuel was honoured to receive the Chevalier dans l’Ordre des Arts et des Lettres for his contribution to music, and is HonRAM of the Royal Academy of Music. He also is an Ambassador for Unicef.

Renowned pianist Jan Philip Schulze partners with András Adorján and Emmanuel Pahud on Doppler Discoveries. In addition to joining them in the performances, he served as editor for the Doppler works, adding to and editing the piano parts where necessary.

He has premiered numerous works and worked closely for years with the composers Hans Werner Henze, Wolfgang Rihm, Dieter Schnebel, Jörg Widmann, Manfred Trojahn, Nikolaus Brass, and many others, as well as performing piano concertos by Xenakis, Staude and Schöllhorn with the BR and WDR symphony orchestras.

Filled with a thirst for discovery, he has recorded an extensive and diverse discography in recent years that includes works by Jörg Widmann, Hans Werner Henze, and Hindemith, among others.