Let’s all turn our attention to the young pianist Klaudia Kudelko, and keep our eyes on her as her career and reputation grow

Classical Archives is excited to introduce you to the young Polish pianist Klaudia Kudelko. Not yet 30, she possesses a musical maturity, technical mastery and keen musical intellect that seem to be beyond her years. All these assets are on display in her debut album “Time,” just released by C2 Records. When this album is added to the Classical Archives library, we will announce its presence on this blog.

“Time” is, in many ways, a personal calling card for Ms. Kudelko, whose musical lineage is linked to Polish composers Chopin and Grażyna Bacewicz (1909-1969), whose Piano Sonata No. 2 is beautifully played by Ms. Kudelko on this disk. Those works are preceded by Schubert, but all the selections, Ms. Kudełko explains, have one common thread.

“Throughout time,” she explains, “humans have been asking ourselves the same existential questions that I feel are reflected in these specific compositions. Chopin’s `Revolutionary’ Etude was written while Warsaw was being bombarded by Russia, and Bacewicz’s Sonata, composed post-World War II, is still painfully relevant today among the numerous global conflicts. And Schubert was acutely aware of the little time he had left and wanted to leave a musical legacy which encapsulated everything unspoken.”

We are pleased to commend Klaudia Kudelko to your attention. She is an emerging artist we look forward to hearing more in the years to come. 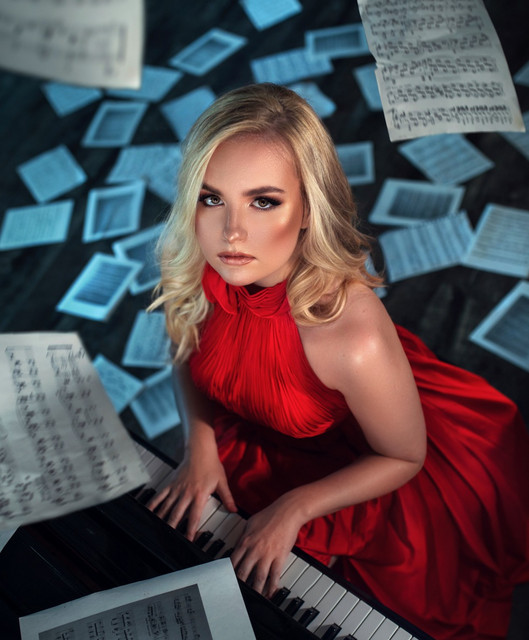