Born in Detroit, Michigan, Sean Hickey’s earliest music education began at age 12 with an electric guitar, a Peavey amp, and a stack of Van Halen records, the early ones of course. He studied jazz guitar at Oakland University, later graduating with a degree in composition and theory from Wayne State University. His primary instructors were James Hartway, James Lentini and Leslie Bassett.

Since moving to New York, Sean pursued further studies with Justin Dello Joio and Gloria Coates. His works include symphonies, concertos for clarinet, cello, mandolin and recorder, two string trios, a string quartet, a flute sonata, a woodwind quintet and trio, several pieces for solo instruments, church as well as orchestral music. He has also composed a film score, and composed the music for a children’s play, the latter of which received over 80 performances. Sean is also active as an arranger, contributing arrangements for various artists and ensembles in the pop and jazz music spheres.

2003 saw performances of his piano music at New York’s Weill Hall in addition to the first concert dedicated entirely to his chamber and solo music, at CAMI Hall. In 2004, Hickey was awarded a grant from the New York Department of Cultural Affairs as well as a Composer Assistance Grant from the American Music Center to mount concerts of his work. He has fulfilled commissions for Lincoln Center for the Performing Arts, the St. Petersburg Symphony, New York’s One World Symphony and North/South Consonance, the Adesso Choral Society in Connecticut, the Spain-based piano/accordion duo An-Tifon, 60×60, and the Gringolts-Weiss-Fiterstein Trio. His disc of chamber and orchestral works for Naxos American Classics, Left at the Fork in the Road, released in November 2005, broke the Billboard Top 100 Classical Chart.

His principal instruments are guitar and piano. Other commissions include works for recordist Michala Petri, cellist Dmitry Kouzov, pianist Xiayin Wang, clarinetist David Gould, violinist Ilya Gringolts, flutist Stefan Hoskuldsson, mandolinist Avi Avital, and for the ensembles Ars Futura, Trio Eclipse and Pearls Before Swine. His works have been featured at the Cabrillo and Bridgehampton Chamber Music festivals. He is a recipient of eleven consecutive ASCAP awards and was named a semi-finalist in the Auros 2001-2002 Composition Competition, also winning second prize in the 1990 State Awards in the former Yugoslavia. The past years have seen performances in New York, San Francisco, Detroit, Washington, Russia, Spain, Portugal, England, Ireland, Indonesia and Brazil. He is an ASCAP member and was composer-in-residence with the Metro Chamber Orchestra in New York. His works are published by Cantabile Publishing and Wolfhead Music. Several of his recording and concert reviews may be found in the pages of the New Music Connoisseur, 21st Century Music, Modern Dance and numerous other publications. He is also a principal contributor to the Omnibus Guide to Classical Music on CD, has contributed liner notes to dozens of classical recordings and is a voting member of the National Academy of Recording Arts and Sciences. He is the Senior Vice-President, Sales and Business Development, of Naxos of America, the largest distribution, sales and marketing company for classical music globally.

His travel and adventure pieces have appeared in Transitions Abroad, the Burlington Free Press, Trailworks, Trailsource, Orlando Weekly, ITN, Babylon Travel and elsewhere. Otra Dia, a travelogue of the writer’s travels in Peru, was published by Cantabile Press. He also lectures extensively in schools and conservatories on musician entrepreneurship and marketing strategy for composers and performers.

His latest recordings include his cello and clarinet concertos, and Cursive – including piano and chamber music – both recorded for Delos and both charting recordings. 2018’s A Pacifying Weapon, a concerto for recorder and orchestra for Michala Petri, was released on Our Recordings and will be re-released on CD in 2019. 2019 has seen critically- acclaimed recordings of works on the Innova and Toccata Classics labels as well.

Some CDs on Classical Archives include 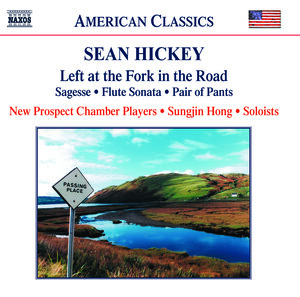 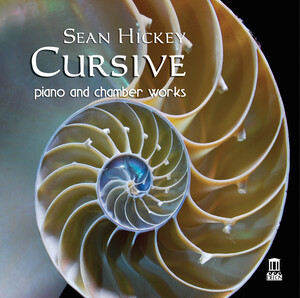