Across the world, tens of thousands of people have been profoundly moved by the creative works that have emerged from the imagination of Rinde Eckert.

Whether you are already a follower of Rinde and his work or are just discovering him, we know you will want to watch this recent exclusive conversation between Rinde and Classical Archives’ Barry Lenson.

Get ready to enjoy, learn about Rinde’s works and projects. If you are not a fan of his, you will soon be. 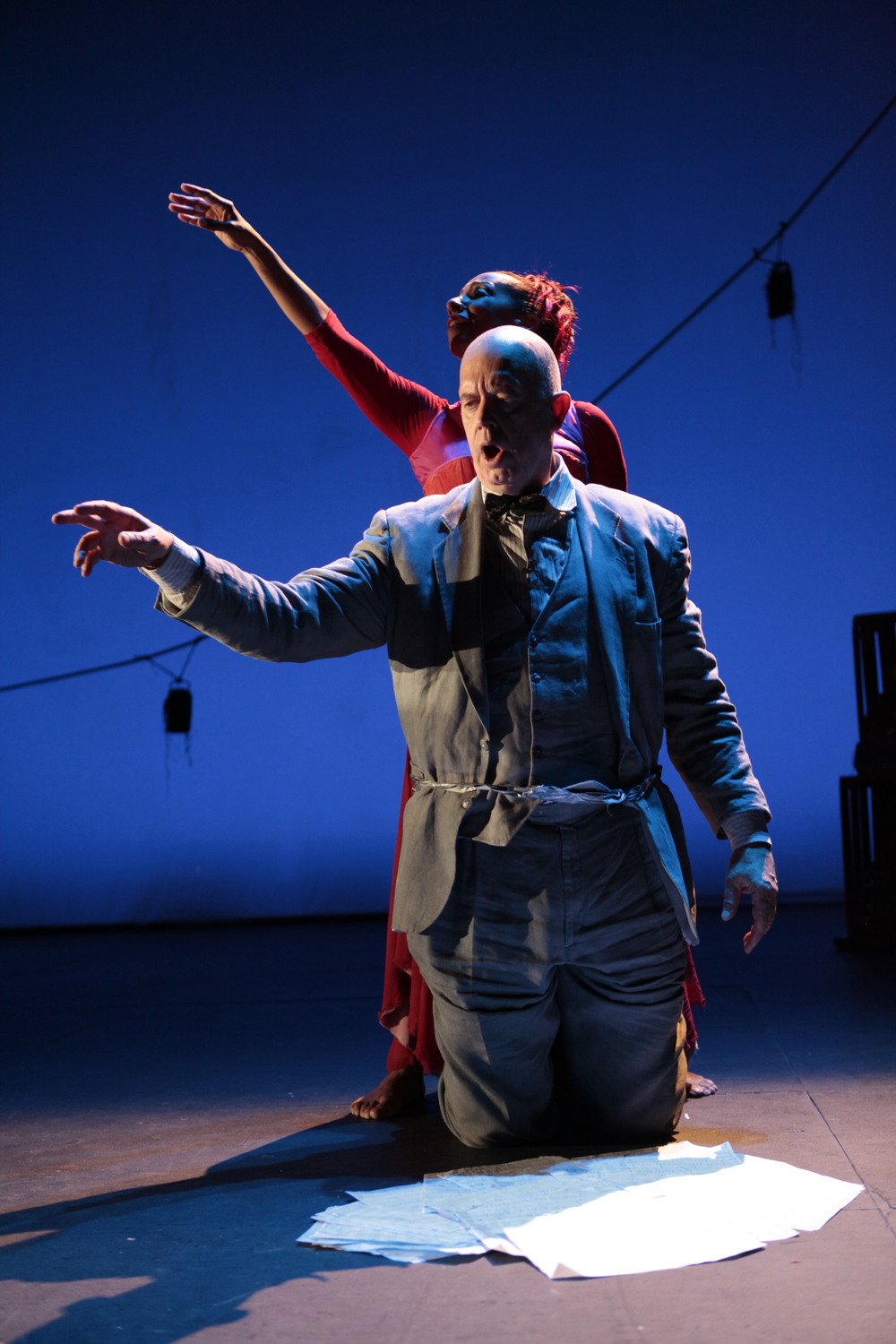 Rinde Eckert is an interdisciplinary artist – performer, singer, writer, composer, and director – whose music, music theater, and dance theater pieces have been performed throughout the United States and abroad. Eckert is a recipient of the Marc Blitzstein Award (for Lyricist/Librettist) given by the American Academy of Arts and Letters. He is also a recipient of the 2009 Alpert Award in the Arts, a Guggenheim Fellowship in composition, and a Grammy Award for Lonely Motel – with Steven Mackey and eighth blackbird. Rinde had previously written the libretto and sung Mackey’s Ravenshead (voted best new opera of 1998 by USA Today). Eckert’s music/theater piece And God Created Great Whales won an Obie Award in 2000. His play with music Orpheus X was a finalist for the Pulitzer Prize in 2007. In 2008 his Horizon received a Lucille Lortel Award, and earned a Drama Desk nomination as Outstanding Play. In 2012 he became one of twenty-one recipients of the first Doris Duke Performing Artist Award. In 2014 he made his debut as principal soloist with the New York Philharmonic in Steven Mackey’s oratorio Dreamhouse, with whom he co-wrote the libretto. In addition to three librettos written for composer Paul Dresher, Eckert has also written and directed for Paul two music theater pieces for instrumentalists: Sound Stage (with Zeitgeist) and Schick Machine (with Steven Schick). Dresher and Eckert had toured extensively together performing their electronic opera Slow Fire. Rinde wrote the libretto for and sings the lead role in Aging Magician with music by Paola Prestini. In 2019 he toured with the Kronos Quartet in My Lai, by composer Jonathan Berger, a mono opera written for him and multi-instrumentalist Van Ahn Vo. In the Fall of 2020 Rinde collaborated with the Margaret Jenkins Dance Co. on Breathing at the Boundaries, a dance/theater movie, writing some of the text and dancing with the company. In the Spring of 2021 Opera Theater St. Louis premiered a one-act opera called Moon Tea, by composer Steven Mackey for which Eckert wrote the libretto. That same Spring he collaborated again with Margaret Jenkins, this time on a duet/film (his score) called Migratory Passages for the Oberlin Dance Collective’s Festival of new works. The CD of My Lai recorded in 2019 at Fantasy Studios is due out soon.

A Bonus Video of Rinde Eckert at Work

YouTube is home to videos of many of Rinde’s works. You will want to explore them all. But here is one we have selected for you. It’s a selection from the opera Ravenshead, composed by Steve Mackey with a libretto by Rinde Eckert. It was directed by Tony Taccone produced by the Paul Dresher Ensemble, and here performed by Rinde Eckert and the Paul Dresher Ensemble Electro-Acoustic Band.