Classical Archives Exclusive: Our own Opera Joe McKesson interviews Pepe Romero on the occasion of the 60th anniversary of the founding of The Romeros, The Royal Family of the Guitar 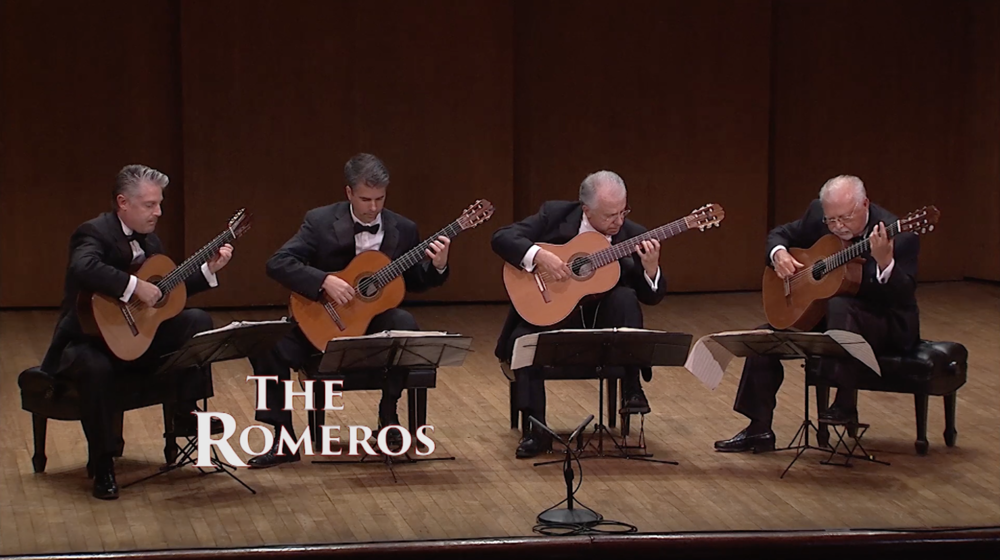 The Romeros, known without dispute everywhere as The Royal Family of the Guitar, will perform a 60th Anniversary Celebration Concert on Sunday, May 23rd at 5:00 EDT, streaming. CLICK HERE for information and tickets.

Exclusive Interview with Pepe Romero for Members of Classical Archives

It is hard to believe that it has been 60 years since a Spanish guitarist named Celedonio Romero had the idea of establishing the first classical guitar quartet ever to exist – one made up of members of his own family.

In the years since The Romeros played their first concert, the quartet – made up of members of just one family who play the guitar like titans – has come to be known as “The Royal Family of the Guitar.” Today, the quartet’s members include Celedonio’s sons Celin and Pepe, as well as members of a third generation, Lito and Celino. To have so many virtuosi of the same instrument in one family is without precedent.

The Romeros make sublime music. And in this interview with Pepe Romero, a man of immense charm, we learn why.